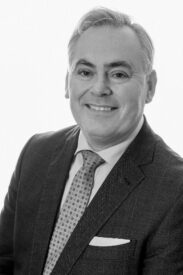 After finishing Grammar School and the KMA (Royal Military Academy), Perry (1963) spent 18 years as an officer in the military working in various staff and managerial roles. During this period he also successfully completed courses in Higher Military Studies (The Hague) and Public Administration (University of Leiden). In 1999 he began as management consultant at Mercuri Urval and there he acquired intensive experience in recruitment and selection as well as other HR-related topics such as coaching and assessments. He joined Heiwegen Consultancy in 2002. First as a consultant and later as managing director, and since 2006 as owner.

Within Heiwegen Consultancy, Perry focuses mainly on Business Development and on the further expansion of a number of strategically important market segments. His personal expertise lies primarily in executive search for management and director-level positions and organisational issues.

Perry lives in Wenum Wiesel (near Apeldoorn) with his wife Luce and their two children: Pim (1992) and Anne (1995). He’s into country living and likes to keep busy at home looking after their animals. He also likes to explore nature in the Kroondomein (Royal Country Park) with his horse and cart.

Perry: “A sincere conviction that with the best people you can also build the most successful company and seeing the results and appreciation of your clients, that’s the kick I get from my job.”